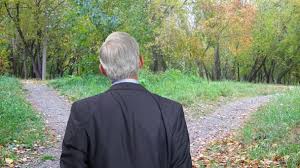 There are many financial strategies to take into account when preparing retirement. However, not everyone is hanging up their work gloves and relaxing once they turn 65. This trend may be due to a number of factors, including insufficient savings and an interest in continuing to work to stay mentally and physically active.

Nearly 19 percent of those who are 65 or older are still working in some capacity, according to The New York Times. This figure is notably higher than 10 years ago, when the measurement was just 13.9 percent

The amount of time that these people work varies, but according to a report from the Department of Labor, the average is about 6.25 hours per day.

Continuing working may be better

Some of the reason for this increased workload may be due to a lack of money saved up,
which can jeopardize a person’s financial future. According to a report published  by the American Psychological Association in the Journal of Occupational Health Psychology, continuing to work in some capacity may have a positive impact on older adults’ mental health.

Even with this in mind, these mental health benefits are only prevalent in some lines of work. The report explained that some people aren’t able to find jobs in the field they were in during their career, requiring them to find something else. The time it takes to adapt to the new job can be quite trying on a person, and it may cut down on the benefits available.

“Rather than wanting to work in a different field, they may have to work,” said Mo Wang, PhD, professor and co-author of the study. “In such situations, it’s difficult for retirees to enjoy the benefits that come with bridge employment.” The authors suggest that, when possible, retirees carefully consider their choice of post-retirement employment.

There are some ways that those who want to retire improve their situation, and delaying full retirement may be a good idea for some, depending on what their financial situation and personal interests are.

Some individuals avoid going into full retirement so that they can continue to contribute to their portfolio, whether it be an IRA or another option, according to Investopedia. Another benefit to this strategy is that many Americans may get larger payments from Social Security. This is because they can receive far more by waiting until they turn 70 years of age, or beyond that. The numbers may jump significantly, depending on a person’s age.

However a person decides to tackle retirement, they may need to take a close look at their options at hand. This is because they may have more avenues than initially thought, and there could be multiple correct answers when heading toward a time where a decision needs to be made.