Parents pushing their child towards post-secondary education is prevalent across Canada, and there is good reason. On average, Ontarians with a university degree earn 58 per cent more than graduates from other post-secondary programs, according to the Council of Ontario Universities’ 2015 Employment Report. The Council also states that university graduates will earn $1.5 million more on average than those with only a high school diploma. 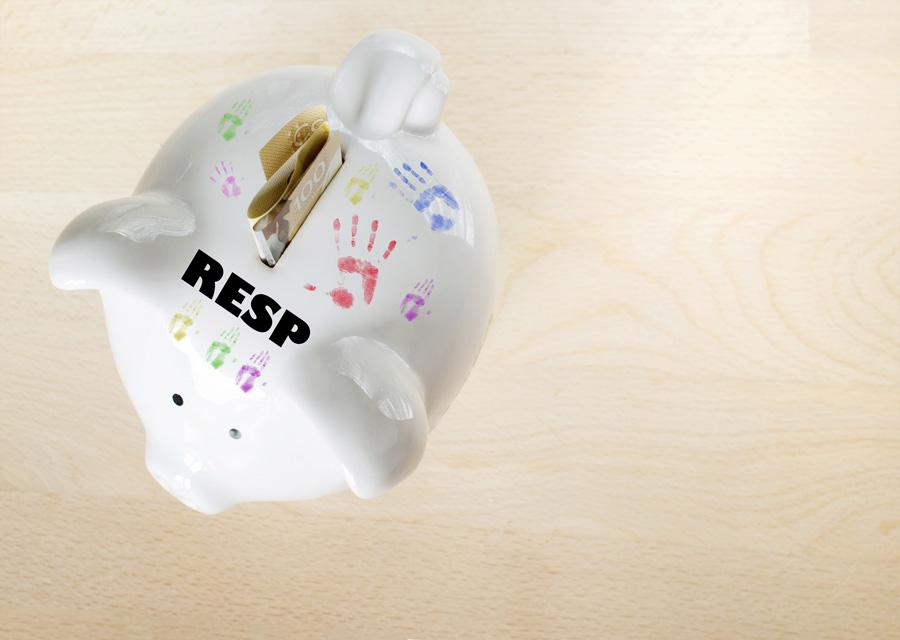 As more and more students pursue higher education, the cost of tuition should not have to be the primary concern. Foresight and preparedness on the parents’ part can go a long way in ensuring financial security when postsecondary becomes a part of the family budget. Having a Registered Education Savings Plan (RESP) can help. It’s a government-registered savings plan that allows parents save for their children’s education and one of the best ways to minimize the financial burden.

If you haven’t considered registering your child for an RESP, here are three reasons that may convince you:

There are countless perks to a college or education, but the high cost of tuition is not. According to Statistics Canada, undergraduate students paid around $6,400 in tuition for the 2016/17 academic year, an increase of $200 from the year before. However, the tuition hike is most prevalent in Ontario, Nova Scotia, Prince Edward Island, New Brunswick and Saskatchewan. Tuition at Ontario post-secondary institutions, for example, is four times than it was 20 years ago, according to the Canadian Centre for Policy Alternatives.

Additional compulsory fees have also been on the rise, with an increase of 2.9 per cent from the year before, meaning students paid nearly $880 more for the 2016/17 year. The tuition fees for professional degrees like dentistry, medicine and pharmacy are even higher, with dentistry students paying over $18,000 during the 2014/2015 school year alone.

Furthermore, expenses (including books and transportation) for a four-year university program has been projected to be reach $87,000 by 2034. Add room and board, and the figure nearly doubles. Thankfully, much of the tuition burden can be eliminated with an RESP.

Subscribers have three types of plans to pick from: individual, family and group.

The individual plan allows you to save for a single child’s post-secondary education, whereas the family plan is if you have more than one child. A family plan is beneficial if one of the named beneficiaries does not pursue a post-secondary education. Should this happen, the funds can be transferred tax-free to the sibling who wishes to attend postsecondary is under 21. This is the case for both the individual plan and the family plan. For a group RESP, check with your provider if you can change beneficiaries or transfer the plan to another.

With the individual and family plans, subscribers have the added benefit of choosing investment opportunities (e.g. GICs, mutual funds, stocks, and corporate/government bonds). So if a parent wanted to invest in high risk stocks while their child is still young and then switch to the more secure GIC later on, they are free to do so.

For subscribers who would rather not make these decisions, a group plan is ideal. Monthly contributions are pooled with funds from other group plan members and invested together.

All three plans enable your money to grow, tax deferred. When funds are removed from the account, it becomes taxable income to the beneficiary. However, since students tend to fall in the lower tax bracket, there will be little or no tax to pay.

When you make regular contributions to an RESP, the federal government does its part to encourage investments for future generations. The Canada Education Savings Grant (CESG) is one such initiative; it guarantees a 20 per cent return on the first $2,500 subscribers allocate to an RESP. The maximum amount provided by this grant is $7,200 — that’s nearly a year’s worth of tuition! Even if you only contribute $100 per month for 15 years, your CESG benefit would amount to $3,600.

The Additional Canada Education Savings Grant is available for families whose household income is less than $90,563. Federal funding will match 10 or 20 per cent of the first $500 contributed annually.

Through the Canada Learning Bond, families receiving the National Child Benefit Supplement qualify for an additional $500 in the first year the RESP is opened, followed by yearly deposits of $100 until the child turns 15-years-old. Over the course of fifteen years, this grant can contribute nearly $2,000 towards the beneficiary’s education. This as long as the individual files their tax return and has applied for the Canada Learning Bond, in which they will automatically receive funds – no contributions necessary.

A college or university degree may amplify your child’s quality of life, but debt will not. Rather than shouldering student loans and interest charges, an RESP is a secure way for your child to receive that degree. Tuition fees will continue to rise, but parents can prepare via flexible RESP packages and government incentives. The earlier you start, the greater the savings, so open an RESP today.