For those sports lovers who’ve figured out some solid reasons for religiously watching the weekend games beyond it being the mindless waste of time it’s often made out to be, the opportunity it gives you to make some good money definitely resides somewhere near the top. Not that you personally need a reason though, because the mere fact that your favourite football team lives in your heart is more than enough of a reason. 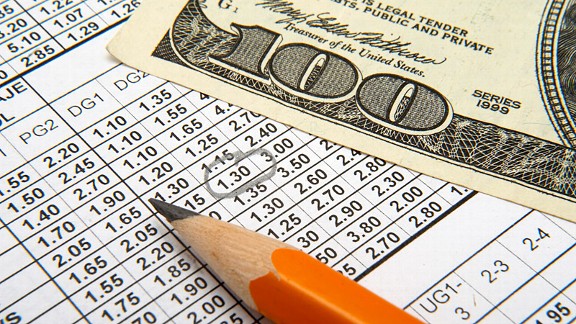 If you do engage in some sports betting though, the weekend games become that much more exciting. Your friends and fellow home town football club supporters may sometimes question your loyalty when you don’t celebrate as hard as they do when your team wins, or if you appear to have to force the tears following a heart-breaking loss. That would be the mark of a sports bettor who bets with their brain and not with their heart, quite simply because your heart will lead you to lose more money than you ever win.

There are indeed some sports bettors who do this sort of thing on a full-time basis and they keep making a success out of it because of the fact that they’ve mastered the art of keeping emotions out of it and sticking to a winning strategy — a winning strategy which you unfortunately have to develop yourself. While there are certain ways anyone can increase their odds of winning, such was using something similar to this Mr Play Sports Bonus Code UK, nobody is going to hand a winning sports betting formula to you on a silver platter. Even those who charge a lot of money for their so-called winning formula are taking a big fat chance. I mean that would be a money-generating machine I would keep all to myself if it was so effective, not trying to make a quick buck from any sucker who is willing to believe that it’s as easy as buying some formula online, especially since said formula would implicitly be available to so many people that its effectiveness would become saturated.

But what exactly does it mean to bet with your mind and not with your heart? For one, it requires you to develop a betting strategy which is solid and not influenced by factors such as the history of the teams involved and certainly not affected by which team you support. Next you have to realise that it’s nothing but a numbers and odds game. The bookmakers structure their wagers according to a formula which was developed by Actuarial Scientists and Statisticians — a formula which ensures the house always profits out of all the bets while bettors remain interested through some really big winnings published for everyone to see.

So as the bettor who uses their mind as opposed to their heart, it’s all about operating within that narrow band of odds which gives you the likeliest chance of winning. It’s also all about effectively “reducing” the combinations by playing as many permutations as you can, such as using the likes of freebonuscode.co.uk to get yourself some free bets, which you can use to increase your odds of hitting the winning combination.

Analyse the trend by way of how many unexpected results seem to come up, based on something like the head-to-head record of two teams you’re comparing and then play as many of those permutations as possible, never mind if you appear to be going against your own beloved club.