Money Transfers or Send Money Online? That is the question

In 2008 the BBC commissioned a £6m computer system to monitor foreign radio and television traffic and turn it into written English.  Being a quasi-governmental project it had to have a pedantic designation; the “Specialised open source collection re-versioning archiving tailored export” system.  Luckily, the lengthy appellation provided a handy acronym; Socrates.  Unluckily, it was a quasi-governmental project:  as such, it was doomed to suffer cost and time overruns and, ultimately, to fail.   After the expenditure of £8.3m Socrates is now as dead as its namesake and the BBC owes a rooster to Asclepius.

Sterling has not yet been forced to drink hemlock but the Bank of England governor and his buddies on the Monetary Policy Committee could, even now, be mixing the potion in readiness for their midday policy announcement which affects Moneycorps send money online.   The “official” consensus is that the MPC will make no change to policy today, despite the swing of opinion towards more asset purchases at last month’s meeting.  Those analysts leaning towards the “no change” view believe Tuesday’s improvement in the services sector purchasing managers’ index (PMI) will have been enough to persuade at least five of the committee’s nine members to hold back from voting for more quantitative easing at this stage. 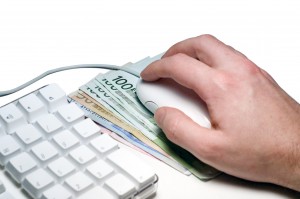 But the investor in the street is not so sure about his money transfers.  As New York closed yesterday he took the precaution of selling a few pounds, just in case the MPC were to decide today to buy more government bonds.  The suspicion is that with less than six months of his tenure remaining, the governor would like to steal some of the thunder of his successor, Mark Carney.  Mr Carney has a reputation for bold and innovative policies and today’s Financial Times predicts that George Osborne, in his 20 March Budget, will give him a looser rein than the one on which Sir Mervyn has had to operate in the past.  Accordingly, they are half expecting something different from the MPC today and they are certain that if they get it, it will not be good news for sterling.

Last night’s selling was just about all that happened to the pound on Wednesday.  It starts this morning down by a cent and a half on the day against the US dollar and by half a cent against the euro and the Canadian, Australian and NZ dollars.  It is unchanged against the Swiss franc and the yen.

Yesterday’s ecostats were mostly uncontroversial, with -0.6% shrinkage of the euro zone economy in the fourth quarter, a -2% monthly fall in US factory orders and a slightly larger than expect eight-point decline for Canada’s Ivey PMI that left it at 51.1.  This morning Australia reported a $1bn trade deficit, twice as big as forecast, and the construction PMI registered a 33rd month of falling activity.

Today German factory orders, Greek unemployment, Canadian building permits and the US trade deficit will all take a back seat to the monetary policy announcements from the Bank of England and the European Central Bank.  One day soon, both of them will come up with something to rock their respective currencies’ boats.  It could be today