Gray Divorce: What It Means for Your Retirement Income

There are many retirement plans out there. Some of them, like the 15-minute retirement plan, is a low-maintenance plan. Other people prefer to dig in and guide their retirement investing carefully. But lately, there’s a trend killing retirement incomes that has nothing to do with the markets. It has to do with our spouses. 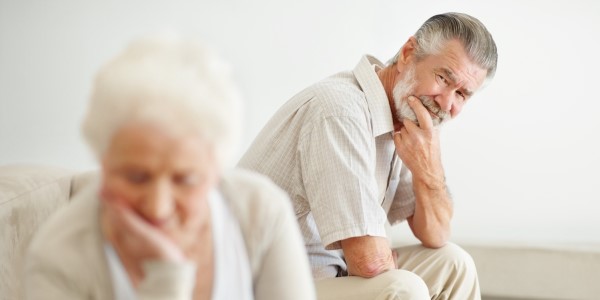 Gray divorce is a term for people who divorce after the age of 50. Rather than following the old rule of “until death do us part,” many retirees and near-retirees are deciding to leave instead. The New York Times cited a study that said that people over the age of 50 are twice as likely to divorce now than they were in 1990. 60 percent of these divorces are initiated by women.

Part of the reason for this is that once retirement hits, the breadwinner of the house is around all the time. Pressures that may have gotten a release valve from going to work now get to build up until they explode in unhappiness. And with many women having secure jobs even late in their lives, and likely their own retirement accounts, they feel they have the security to live out the rest of their life alone. Yet the odds aren’t always in their favor. About a quarter of the women who undergo a gray divorce end up in poverty.

On top of that, most states will grant alimony to one of the partners after a gray divorce due to the length of the marriage. This puts an even greater strain on already-reduced incomes thanks to divorce. There is also the increased costs of running two households and sorting out who owe which parts of any debt that the couple jointly owned.

These tricky late-divorce situations are why some young people are turning to prenuptial agreements. A prenup can protect your assets if it is worded correctly, though it will have to be revisited over the course of the marriage and updated to meet any changes to the laws since it was first signed. Yet for people who have been long married, this isn’t an option. You can also talk to a family law professional to understand how dividing retirement funds works in your state and how you can protect yourself in case a gray divorce does happen.

It’s common sense to prepare for the unexpected, but having your partner seek a divorce after decades of successful marriage is something many people don’t see coming. Take the time to educate yourself not just about how to protect your assets, but about the changes that married couples must face as they age. Ideally, your marriage should be “until death do us part”, not “until we get tired of each other.”