Eat Less and Save (without Poor Health)

Most people who are trying to save money know that eating out at restaurants (especially in the western world) is a big mistake. The labor costs for a cook and waiter make a simple meal an expensive affair. Taking things one step further, it’s possible to save even more money if you eat less food in general. 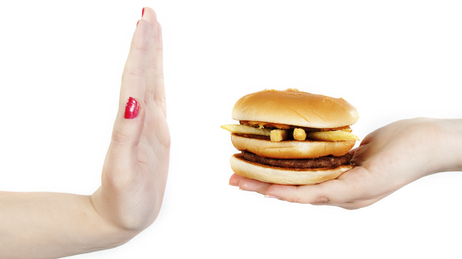 While it might sound unhealthy to avoid eating food just to save a bit of money, you would be surprised how beneficial it is for your body and brain. Eating less food (often referred to as fasting) isn’t just a necessity to save money, but can be an important part of a healthy diet as we will describe below.

The Science of Eating Less

Fasting is not a new practice and has a few different benefits. First of all, by eating less you will obviously have an easier time maintaining a healthy weight. People who are overweight can eat less calories and there are even studies to show people can eat the same amount of food in a smaller period and it will lead to weight (and fat) loss.

Other benefits include anti-aging and cancer prevention. When the body doesn’t have food, it is forced to clear out different aspects of the cells. That might be a little too much science for you, but suffice it to say, not eating can actually be beneficial.

How to Fast and Save Money

One way to fast and save a lot of money is through the use of coffee. People use something called Bulletproof coffee with butter and coconut oil. This combination of ingredients is relatively cheap and it can be a healthy meal replacement. Coffee can be purchased for less than $6 per pound and butter is even cheaper. The only moderately expensive thing is coconut oil, but you can find that online for cheap as well.

By eating one meal a day and replacing the other meal with butter coffee, it is possible to save hundreds of dollars on groceries every single month. It’s a step ahead of buying and cooking your own food even if takes a little bit of getting used to!