If you’re like a majority of the population, you probably got your first job around the age of 16. You probably earned minimum wage and you probably only worked part time, but you got addicted to the feeling of having money. Maybe not earning money, but having it. There is little that feels better than opening your paycheck or getting that direct deposit into your account every two weeks. 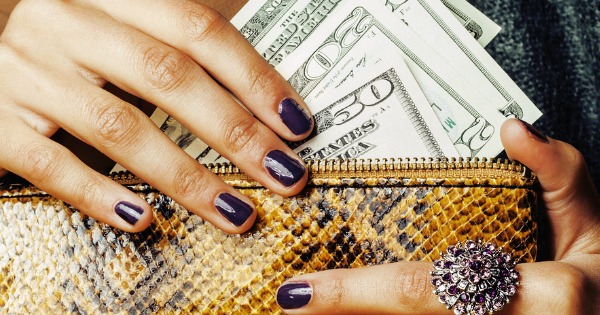 When you were 16, you probably only had a couple of bills to pay, if any.This means that you built habits that included spending money on things like eating out, going to the movies or other fun events with your friends, and you probably spent a large amount of the money you earned on clothing and other fun accessories for yourself. Buying things for yourself is fun; and when you’re young, it doesn’t really matter that you spend all your money on material things and don’t put any away because you’ve got little else to do with it.

This is a practice that gets instilled in you from a young age, however. If you grow up spending money at the drop of a hat, when you’re older and those decisions become of more consequence, it affects things. If you have habits of spending money on things that you know are stupid or worthless or materialistic in the end, here are 2 ways to curb your spending:

If you spend a lot of money, the primary reason is probably because you have a lack of discipline. The fix might be simple. Make boundaries for yourself. You never know when the day is going to come where you need assistance hearing, or your child needs braces, or you need more than two cars in the household to get by in daily life. If you make boundaries for yourself now, or in other words, a budget, you can feel good that you’re going to have the money to pay for the important things in life that come up, like hearing, or nice functioning smiles.

Impulse decisions often lead to regret. There might be times of impulse that are lower risk, but if you entertain a lifestyle of doing things on an impulse, sooner or later, that is going to catch up to you. Buying on impulse, sex on impulse, saying things on impulse, and things of the like have repercussions on your life. If you want to curb your spending habits in life, don’t do impulse.

Don’t allow yourself to impulse buy. Go to a store, look around, put things on hold, think about it. If you really want or need something after some time has passed, get it. If you don’t, you just saved yourself money.